OORBEEK is one of the winners of the John Cage competition in SCHUNCK/Glaspaleis Heerlen! We will perform on the grand finale on 26 november – with a totally new situated elevator piece. Experimental top entertainment! 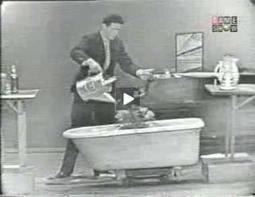 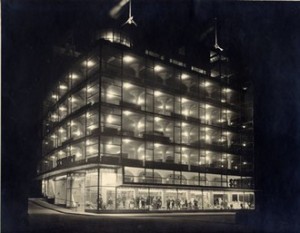 An important and exciting frame (to me) by which to look at and/or undertake artistic practice, is the design of relations: the artist as a person that stages, frames, creates and developes relations of a more or less anticipated nature and form between humans; between humans and non-humans; between humans through non-humans. Relational design is a frame that can be used to create fertile common ground between the practices of interaction design, participatory art forms, service design, community art, performance art, installations, and what have you. It bridges the chasm between the political and the aesthetic discourses around art in a most elegant and stimulating way.

(addition of nov 3: a section of maybe even a new post will be added seperating and contextualising other notions of relational design that live in the context of programming of (relational) databases and in the context of design thinking applied to 21st century developments in the focus of design practice)

My notion of relational design is always under construction, but is preceded by Nicolas Bourriaud’s somewhat limping development of the concept of relational aesthetics, in his book of the same title – for a concise criticism, see this text). But it was more directly influenced and inspired by Claire Bishop’s sharp review Antagonism and Relational Aesthetics. Early development of the notion that underpin Relational Design was done through the Architecture of Interaction project, although that work overlooks the agency of non-humans. My version of relational design may include micro-utopian escapist projects, as well as works that want to frame and stage antagonisms, as well as other types and sets of relations that come into begin as an effect of an conscious construction of a (set of) maker(s).
Please note: using the frame of relational design does not necessarily mean you are making a piece of relational art. It can also be a set of concepts and focus points to apply within an artistic practice that is oriented towards other themes. Using the relational frame will bring aspects and layers of meaning or experience into the work that are otherwise (generally) not so consciously put in place. So it is a kind of design thinking that can be part of artistic practice.

To understand and feel a work as a form with meanings, emerging out of consecutive contact-moments (Content, Context, Contact) is pretty close to understanding it as a developing and changing whole of relationships.
If you put this notion of designing relations at the center of artistic practice and experience than you move away from a focus on art objects and their attributes, of which the status can be validated (or denied) within a rather fixed set of contexts that are historically constructed (allthough they are developing as well, of course)
Instead, the notion becomes operational that the qualities of an artistic work or experience are being performed by a network of agents: members of the audience, the context of publication, the shape, the media used, and related aesthetics of the physical aspects of the work, the way it is announced, etcetera. All these aspects together are the work. Through this approach one can ask a work what kind of interesting relations it produces between various member of the audience (onlookers, participants, people that read about the work in a magazine and more ) tools, spaces, media, technologies, critics etcetera. One can ask a work what kind of important differences it produces (or ‘performs’) between the humans and non-humans it contacts.

Also relational design becomes essential if you want to work in a way that is validated as artistic, but outside an easily recognisable artistic context. If a white cube/blackbox kind of art space, or a mailinglist about cultural-political topics, , or an established museum, or some public art initiative acts as the vessel for your work, most of the relational design is done for you – but at the same time it is quite beyond your control.
In other circumstances you’ll have to create some kind of deal with your onlookers, potential participants and the witnesses of your traces. and the process of getting to that deal is the practice of relational design…

For too long music was either a sphere on its own – an autonomous system of producing meaning that effectively bypassed abstract symbolic levels and language by entering the perceptual system through a unique sensual shortcut, òr it was a representation: a symbolic narrative of consecutive emotional states. Music was either a autonomous perceptive sphere, or it re-mediated a specific emotional continuum with sonic means.
Situated music is a third way – it is not a narrative, nor a self-referential system – it is a music that touches the world, a music that the world touches.
Situated music is a music that brings play to its environment. It doesn’t absorb environments into the sphere of music-making, it is the other way around: it makes music-making an act that follows from its immediate material and memetic surroundings – a situated act.
Situated music is a porous practice.
‘Things’ don’t become instruments – instruments are things among other things, each with their own sonic agency. Some things can be directional – in them is discovered an agency that is more on a par with that of a conductor than that of a player or an instrument. Some things sound right. Other things may have a capacity for listening, or resonating.
Situated music is indeed a way of listening, that allows for holes to be present and to be filled with other givens. But it is also a way of playing – as much a way of acting as of allowing. Situated music allows a place to appropriate the sonic sphere and its related means of perception.
The time and place have come for situated music.

Jeff Gomez is the CEO of Starlight Runner Entertainment, that develops transmedial story worlds for ‘the best known franchises in the world’ like Pirates of the Caribbean, Fairies, Prince of Persia and Tron for The Walt Disney Company, James Cameron’s Avatar for 20th Century Fox, Halo for Microsoft, Happiness Factory for The Coca-Cola Company, and most recently Transformers for Hasbro. So you can safely say he is at the hi-end of this practice. He spoke at the exciting  Transmedia Conference at the Hogeschool van Amsterdam (where I spoke as well on the concept of Situated Storytelling.
When Jeff Gomez explained what in his view were the prime success parameters of transmedial story worlds, it suddenly struck me: this is not an newly emerging expressive genre at all, it is actually one of the oldest successful forms of creating experiences that we know… The development of the Roman Catholic story-world (and probalby others, but I’d have to look into those more carefully) closely follows Gomez’s rules.
This is Gomez’s list of success factors:
1 Content is originated by one or a few visionaries .
2 Cross media roll-out is planned early in the life of the franchise.
3 Content is distributed over at least 3 platforms .
4 Content is unique, adheres to platforms specific strengths and is not re-purposed .
5 Content is based on a single vision of the story world .
6 Concerted effort is made to avoid fractures and schisms .
7 Effort is vertical across company third parties and licensees .
8 Roll-out features audience participatory elements including web portal, social networking and story guided user generated content.

The rules neatly describe the experience, the participatory nature and narrative coherence of organised religion. Minor incongruencies occur, but certainly for Catholicism, there is a tight fit.
1 Content is originated by one or a few visionaries:  Jesus, later Peter.

3  Content is distributed over at least 3 platforms.  See previous point – by all means!  But also: there is always a clear ‘driving platform’: the Bible (or Quran, Bhagavad Gita, Book of Mormon etcetera.)

4 Content is unique, adheres to platforms specific strengths and is not re-purposed . To some extent yes: pictures, and statues are made to reach illiterate vup’s (viewer/user/player), canonical books for the general audience,  mystical texts come from – and are meant for the hardcore fan-base. (But basically a lot of the IP is actually re-purposed. )

5 Content is based on a single vision of the story world . This was the plan that was adopted at the Council of Nicea. There the biblical canon was established. But a lot of the stories had been living a life of their own the past hundreds of years, so were hard to bring totally in line. Complete coherence proved a hard job in practice. For instance, there are two conflicting accounts of creation in the first pages of the Bible. God is both a highly vengeful god (in the older parts of the old testament) as well as a forgiving god, etcetera.

6 Concerted effort is made to avoid fractures and schisms . For Catholicism (the example I know best) yes, a lot of coordinated effort has been put into that, throughout history. The 12th Century Inquisition was a coordinated effort to root out the Cathar and  Albigensian heresy.  The Reformation turned out into a schism, but was actually an attempt to restore purity in the core intellectual property. The Counter-Reformation tried to counter the Reformation (!) and to restore unity.

7 Effort is vertical across company third parties and licensees . Indeed – there is a clear hierarchy in place. The Pope, cardinals and bishops run the show – down to the local parish priest or missionary. Third parties have been developing the buildings and the films for instance, but according to clear guidelines from the central authority.

8 Roll-out features audience participatory elements including web-portal, social networking and story guided user generated content.Here we have to go slightly metaphorical, since most of the describe socio-technical infrastructures are of very recent origin, where the Catholic church is 2000 years old. But focussing on the participatory character of the storyworld: of course  – the whole thing is entirely participatory and experiential. Fans are encouraged to perform the role of believer, to imitate, yet personalise the behaviour of the main characters. Fans are encouraged to have personal, yet canonical transgressive experiences, they in turn convey new fans. Evangelists, hardcore fans, followers, casual passers-by.

It actually seems quite obvious once the comparison is made. I just wonder if the big transmedial developers actually studied the way religions are organised, or even know them first hand. Otherwise I would suggest they look into some of these tested and proven successful practices. I’m not saying faith equals suspension of disbelief but I do suspect some of the perceptive mechanisms are indeed the same.

The Situated Story is a kind of street-level take on transmedial stories, typically delivered in a hybrid world.

The idea of a Situated Story has ancestors in the Locative Story, the Transmedial Story, the Installation, and probably in site specific performance.
A main reference point is the research of Henry Jenkins, as published in Convergence Culture – where old and new media collide, with a couple of important differences and additions. A Situated Story is a transmedial work, woven into a site, or number of sites. Read on in >>>Situated Storytelling